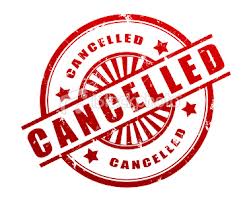 So... Doctor Who was originally taken off the air in 1989. There was no BBC announcement proclaiming the show had been moved to the scrap heap after twenty six years. Instead the production team simply weren't given the task of starting work on a twenty seventh season. It was just a show that the BBC were no longer making and over time people came to the conclusion that the show wasn't going to be seen again.


There were several reasons the BBC made this decision, a large one being the programme's public perception. It was seen as a shoddily made kids’ show that was watched mainly by a niche market of grown-up anoraks that should all have known better. Doctor Who (a two word shorthand that refers to the production gang) had spent too much of the eighties catering to the whims of its fans as opposed to making itself compelling television and had seen its best days.


A 1990 season of Doctor Who could have been made and could have worked, the three Sylvester McCoy seasons we got are proof of that. But it would have required a decent amount of money and the support of the BBC. These weren't things the BBC felt the programme warranted, because the show’s ratings didn’t warrant them. It was an impossible situation: the programme couldn’t do better with more money but it couldn’t get more money until it did better. Instead it was allowed to slip away and become a convoluted collection of novels, audios and comics.


There was a return to TV in 1996 but it lasted all of an hour and a half and did nothing to alter the perception that the show was knackered and could no longer work as part of BBC schedules. If anything The TV Movie reinforced a lot of people's feelings about the show.


We're now well past the cancellation and the '96 offering and firmly into revival territory. Doctor Who came back to prime time BBC One in March of 2005 and became a phenomenal hit. As the years passed it got bigger, thanks to the writing and excellent hyping ability of Russell T Davies, the immense popularity of David Tennant, and the 2010 expansion onto American television. Doctor Who is an undeniable hit.


People have been saying since series two that the programme's taken a turn for the worse. Personally I think it held out until the 2010 or 2011 series before it took a noticeable dip in quality but that (despite appearances to the contrary) is not what I'm talking about in this post.


Sooner or later Doctor Who will be taken off our screens again. It won’t happen under Moffat and it’s unlikely to happen under whoever replaces him, whoever that may be. But it will happen. The programme has already been back on television for eight years. It can’t continue indefinitely. Even if it’s for three or four years it’ll disappear.


And when it does disappear from our screens I think it’s currently running the risk of being looked on as a broken show in much the same way as the ’89 incarnation was. It’ll be for different reasons of course. In place of wobbly sets people will talk of wibbly wobbly plotting (see what I did there?). That’s something that the next showrunner could fix, but something tells me they won’t. Even if they move away from Moff’s time-tangling shenanigans I can’t anyone creating a strong enough identity for the show to rid it of the image the current man in charge has created.


Which will almost certainly lead to Doctor Who being remembered as a convoluted, complex show about time travel paradoxes. Which it’s not of course. But not all of the original series was badly mad. Most importantly the final three years of the original series were actually pretty well put together. But because of a few dodgy episodes and bad decision twenty-six seasons are remembered by the general populace as being pretty ropey television.


The show will never hit those lows again. But  think it’ll come closer than a lot of people currently believe possible.
Posted by Dave at 11:02