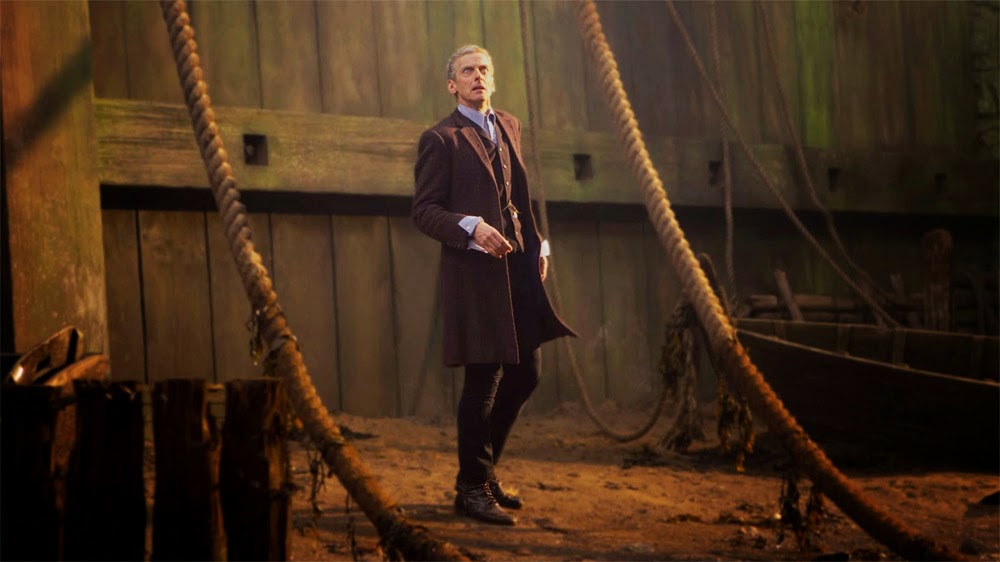 I think it was generally accepted before Deep Breath aired that Peter Capaldi was a good casting choice for the Twelfth Doctor. So it shouldn’t really be a surprise that he was the best thing about his debut episode. In an hour and fifteen minutes Capaldi gave a varied performance that was evocative of the character’s history without being entirely beholden to it. There was nothing that sounded like a catchphrase, nothing that looked like a stab at vaudevillian physical comedy. In other words, exactly the sort of performance Matt Smith failed to deliver during his entire tenure.


Perhaps the most pleasing thing about Capaldi was that it was clear how differently he was playing the part to Smith. Having watched Smith’s Eleventh Doctor for the last four years it was all too easy to imagine moments which would have featured an arm flail or a spin or a gurning face. It was intentionally, according to writer Steven Moffat, written as a Matt Smith script for the most part, the Twelfth Doctor apparently still believing himself to be the Eleventh. A move presumably designed to allow the differences between the two actors to be clearly highlighted. Pleasingly Capaldi swallowed the silliness in his lines and instead allowed humour to come from understatement.


But in fairness to Moffat he took some chances with the script. The Doctor was written to do things the Smith incarnation wouldn’t have done, most obviously deserting Clara for a while in the underground lair. It was not the pivotal, shocking moment Moff probably thinks it was, but it did do a nice job of showing that the new Doctor is to be written differently to the last two. That’s a welcome change after eight years.


It’s still too early to judge whether Capaldi’s Doctor will be a success. One episode’s been shown in which, at points, he was written like his predecessor. Nowhere near enough to look at the strengths and weaknesses of Capaldi’s take on the role. Still, he was, as already said, the best thing about the episode.


Not that he had much competition, mind you. The most enjoyable performances after Capaldi came from Dan Starkey’s comedy figure Strax and Michelle Gomez’s Missy. Neither was a large role, with Gomez only appearing in a cameo at the very end of the episode. Nobody else stood out. Jenna Coleman did nothing special, and she was given as much of an opportunity to as she’s ever likely to get, dealing as she was with the loss of what was apparently a great love and having to cope with and rely upon an abrasive stranger. Despite her lines there was never a sense that Clara felt she’d lost a friend. There was never any doubt she’d be fine with this new Doctor at the end of the episode, and not just because we know Clara’s confirmed for the rest of the series.


While Coleman wasn’t especially interesting or good at least she wasn’t actively bad. The same can’t be said for Neve McIntosh’s Madam Vastra. Since she first appeared in 2011’s A Good Man Goes to War Vastra’s speech patterns have gradually become overtly Victorian. “He seems remarkably unmoved by the available spectacle,” for example. This wouldn’t be a problem if it weren’t for the fact that none of the other Victorian characters, most notably Jenny, speak that way. It’s jarring enough to draw my attention whenever she appears. It was particularly bad in this episode because Vastra played a larger role than usual, functioning as the lead character for around the first twenty-five minutes of the episode.


As a season opener Deep Breath just needed to be fun and easy to follow, which it was. As Capaldi’s debut episode it needed to allow him to make a good enough impression to show people he’ll be good in the role, which it did. The plot and the enemies were a recycling of The Girl in the Fireplace, not a problem as that episode first aired eight years ago. That said I did find it peculiar that the lead droid was the only one missing half a face. Why, if his subordinates all got complete faces and bodies, did the lead droid not?


It was a decent offering, although one I doubt people will look back on as a classic. My biggest regret is that the dinosaur didn’t get to become a companion. It displayed a far greater range than Jenna Coleman. If that’s the worst that can be said for it something’s probably gone right.
Posted by Dave at 18:14 No comments:

Far More Than Just Another Human 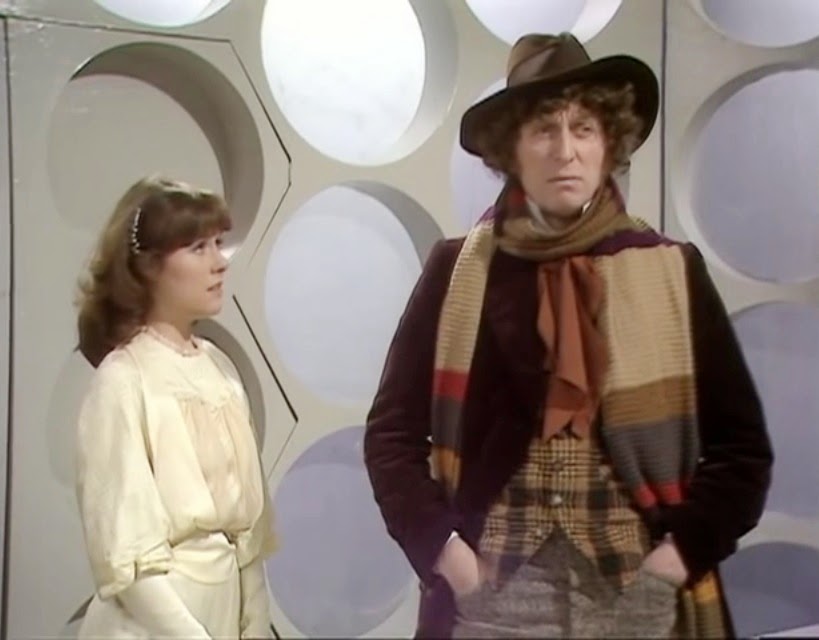